We celebrated our 25th anniversary in Ostromecko on August 28, 2008. The event, called KMW Picnic Party, started at 2:00 p.m., with arrival of three coaches with the company employees. After an official welcome and dinner and a commemorative photograph in front at the Ostromecko Palace, the "Grand Ostromecko competition" started.

... we competed in sports disciplines:

Between individual stages, we spent time in a picnic tent, with the groups Kochankowie Sally Brown and Kabaret Długi provided entertainment.

In the evening, after the results were announced (the Inowrocław team won ahead of the administration employees), we met at a bonfire, with traditional sausage roasting and singing to guitars. Everybody interested could watch the starry sky; the queue to a telescope was quite long.

The thirtieth KMW anniversary we celebrated in a completely different, cowboy style. We had many reasons to celebrate, as this was not only the 30th anniversary of our company when we met again after 5 years, but also a successful implementation of the integrated management system based on ISO 9001, ISO 14001 and OHSAS 18001. This time we celebrated at KMW City, located in Bożejewiczki near Żnin. 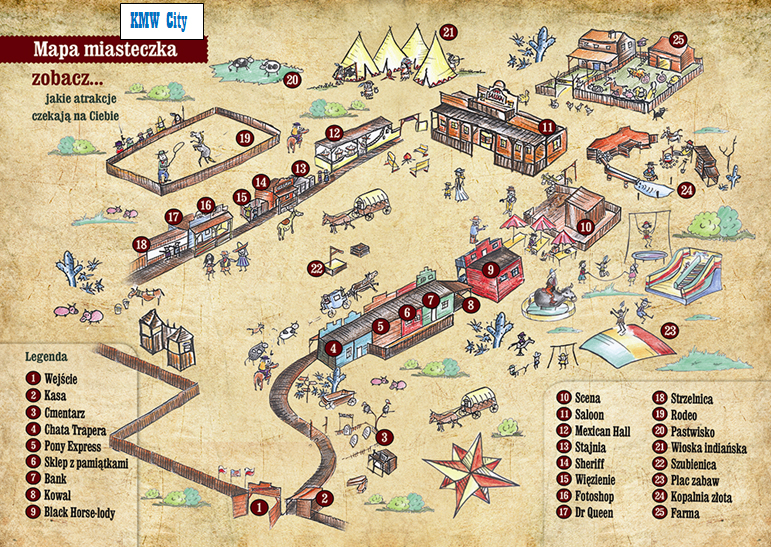 We started in a traditional way, gathering at one table. Then the scenes from KMW history were presented, followed by a competition. Between individual tasks everybody could try their skills at a shooting range, meet Indian chiefs, and spend some time at their camp fire.

Each participant received special vouchers for beer and tequila (or soft drinks) and a tortilla at the saloon.

30th anniversary is a perfect time for reviews and reminiscences, so everybody was presented with a special Conqueror's Passport to recall their time with us. Every newly recruited employee received a successive number, with the first one given in 1983, when KMW Engineering was founded. By 2013, there were more than 2125 numbers, representing the vast number of people who have joined us during these 30 years.